Irish Ladies team among the medals in Fly-Fishing International Championships The Ireland team and officials, pictured after the side retained their silver status in the Ladies Fly-Fishing International Championships 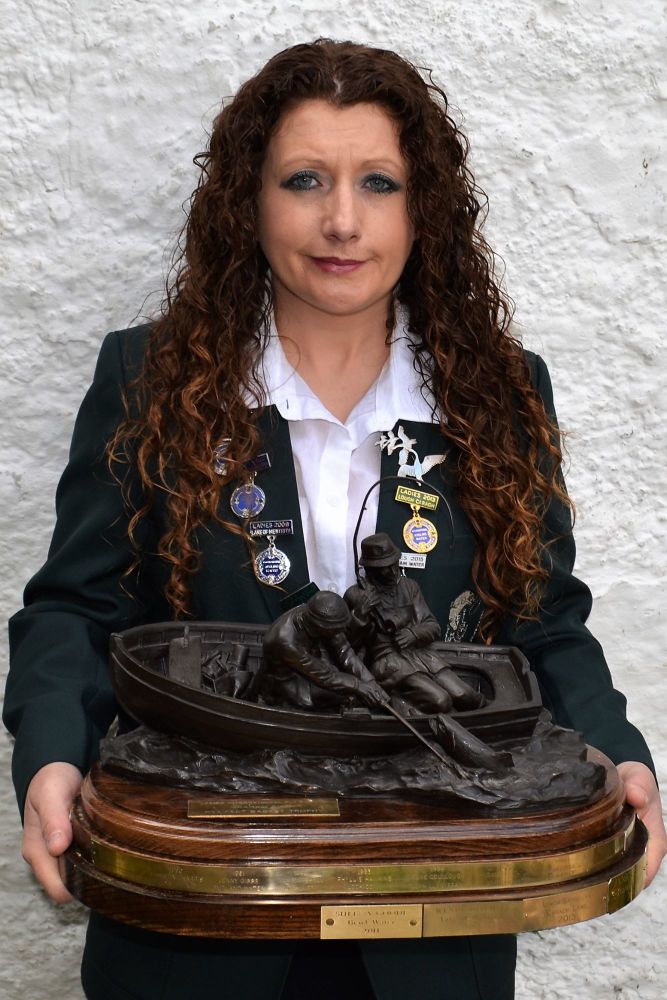 Fresh from their success in the Ladies Fly-Fishing International Championships (LFFIC) on Lough Melvin,where Team England won gold, all the competing teams including the Northern Ireland side, move down to county Mayo for a monster salmon fishing event in Ballina.

Team England took home the LFFIC gold medals in a close finish last week, while Ireland retained their silver status in the competition.

The English lady anglers won out by a one-fish difference between England and Ireland, England’s catch of 15 fish beat Ireland, followed by Scotland’s nine trout and Wales taking the Wooden spoon this year for five fish.

With winds gusting at 35mph and gale force five/six winds it was a tough day's fishing on the final match day for the most seasoned anglers.

``The four teams were boated by members of the Garrison & Lough Melvin Angling Club, who did a super job in hosting the championships. Head boatman Joe Gilroy and his team helped to make it a memorable week's fishing for all the competitors,'' said Julie McGeever, the Irish Ladies Flyfishing Association PRO.

``Sean Maguire with assistance from his son Darren, Ulster and National fly-fishing champion were the fly-tyers to the Irish team, tying some ‘winning flies’ for all the Irish loughs.''

This was Linda’s second time to win the Brown Bowl as the overall top rod at the Ladies International Championships, previously winning it on Carragh Lake, Co. Kerry in 2013 when Ireland won the gold medals.

This was Ireland’s 25h Anniversary of competing at the International and it was the first time it was held on Ulster waters. It was previously fished on Lough Melvin in 1997 from the Breffni Pier, at Kinlough, Co. Leitrim.

‘Fish of the week’  was caught and released by Scotland’s Kathleen Sheppard (below) on a practice day last week, who caught an 8lb brown trout, on the same day she caught her first ever gillaroo, a sonaghan and brown trout all measuring 16 to 17in. (10in was the min measurement length). Fish of the week, an 8lb brown trout, was caught and released by Scotland’s Kathleen Sheppard

Ann Geary, from Pontoon Bridge, Co. Mayo was the International President for 2017.

Ann set up the Irish Ladies Fly-fishing Association in 1990 and hosted the first Ladies International on her home waters of Lough Conn in 1993.

Seven members of teams from the 1993 International fished for their respective countries this year on Lough Melvin, including Ireland’s Madeleine Kelly from Hilltown, Co. Down who was fishing for her 20th Irish Cap.

All four top Irish rods automatically qualify for the 2018 Irish team to fish at the Ladies International Championships next June, to be held on Llyn Clywedog in Wales.