We are delighted to have had the support of many people during the past years without which the Irish Ladies Flyfishing teams and committees would have found it difficult to continue. The team members and aspiring team members presently pay the considerable costs of training and contribute towards the cost of competing Internationally while at the same time assisting the committee in fundraising to keep the National Association inplace to support up-coming and interested anglers of all ages.

We are registered under Games/Sports Exemption Section (Section 235, Taxes Consolidation Act, 1997 from Income tax/ Corporation Tax) ref. G.S. 535 Irish Ladies Flyfishing Association.
If you would be interested in sponsoring the Irish Ladies team please do not hesitate to get intouch. All help is greatly appreciated and in return we could advertise your company on the website through banners and links to your website perhaps. To discuss sponsorship please get intouch with any of the current committee.
2013 SPONSORS
Tiernan Bros, Foxford
Foxford Woolen Mills
plus 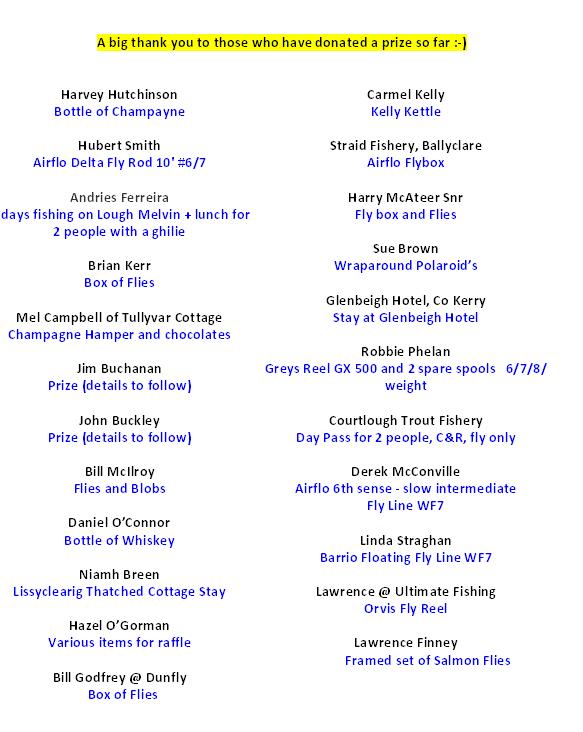 2000:
A draw for Sponsors was held and Sherry Fitzgerald was nominated Main Sponsor for that year.

1998: Main Sponsor: Lassanger Aquagroup.
There were a number of other supporters.

Bord faillte and a number of supporters.